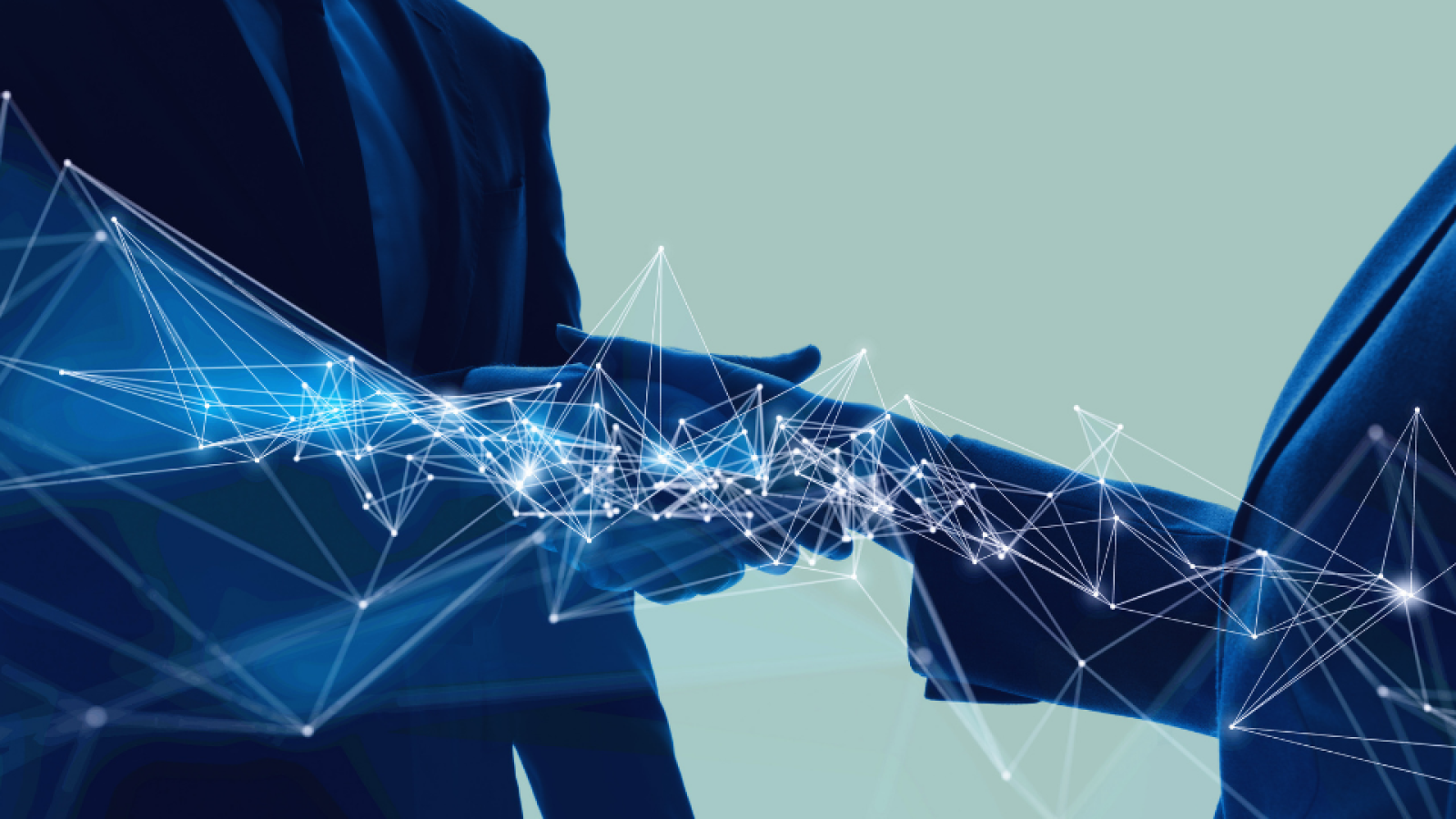 In a January 2020 report, the consulting firm GARTNER, INC. predicted that by 2023 organizations using Smart Contracts (SC) running on the blockchain will increase their data quality by 50%, although they will reduce data availability by 30%.   In spite of this, it concluded that the net result is extremely positive for organizations’ Data&Analytics (D&A) leaders.

We don’t know what impact the pandemic would have had on this information, but it is a strong indication that the SC phenomenon will not be temporary.

In the M2 Presswire news that reviewed the GARTNER, INC., report, the consultant interviewed gave a description of SCs and highlighted that among their benefits are that they “eliminate” the third-party intermediaries in transactions… such as lawyers and their fees. How true is this?

An SC is a software that is deployed on a blockchain, primarily consortium or private, that contains the description of the parties’ agreements and the technical elements to self-execute without human intervention.  After the guidelines have been agreed, the ideal SC starts executing, irreversibly, and it benefits from the advantages of the blockchain: security guaranteed by consensus, the cryptographic keys (hash) that seal each block, immutability, etc.

While SCs have been developed since around 2013 and initially had a life more closely linked to cryptocurrency transactions, in recent years other uses for these contractwares have gained momentum, thanks in large part to the Ethereum Virtual Machine (EVM) of the Ethereum platform, which allows SCs to be configured and deployed for various uses.

The theory indicates that if an SC is combined with validations of information coming from the off-chain world, entered by so-called oracles, integrating IoT and tokenization of rights, an SC could do the following:

A sells B the right of use for the month of August of a villa in Tuscany, in two payments. The first payment is made 30 days after the contract is irreversibly activated in February, with the SC taking care of automatically transferring the payment in cryptocurrencies, according to their dollar equivalent value on February 15.

The second payment will be made for the same amount and dollar equivalence, when the buyer enters the electronic key at the door of the villa’s house in Italy.  At that moment the door system, connected to the Internet, sends a message and the contractware makes two movements: it automatically activates the second payment and reports to the issuer of the token that represents the right to use the house, that now the holder of the right is B, the previous holder is eliminated from the registry.

The hypothetical approach is that the SC will eliminate discretion at the time to comply, because since it is activated, all the steps are invariably self-executing which excludes defaults.

Despite the advancements in technology, which is to be congratulated, we are facing a subject that legally and even entrepreneurially still has a long way to go in terms of maturity.  For example, professors Gerhard and Thaw in an article last year in the ARIZONA LAW REVIEW mentioned that the term Smart Contract is technically misdescriptive in two ways. Because these softwares are not programmed to think, but to follow preset instructions.

In other words, they are not “smart” in the sense of Artificial Intelligence.  Moreover, they say that in Common Law they are not contracts either, because they cannot be enforced in Law, given that “once a smart contract is set in motion, no person or court can reverse the transaction.” According to this view: they are neither “smart” nor “contracts“.

The fact that from the technology world these softwares are labeled as “contracts” does not mean that they are necessarily such from the legal point of view of each country.  Probably many of them meet the Civil Code requirement of having object, consent, and cause, which seems to give them the nature of contracts.  But there are many things to clarify or adapt in the Law and in the SCs themselves.

The anonymity of the blockchain is an issue that needs to be addressed. How do we verify a person’s consent or capacity to commit if we don’t know who he or she is?

Is computer code an acceptable language for a contract? The Law can even accept this, but that requires that it can be translatable into natural language. Is it possible to translate all the nuances of a contract into computer language where, as I understand, the code language applies only a conditional logic (…if X happens, then Y) or in terms of true and false?

Every software can have errors (bugs), who assumes responsibility for the risk of errors? The other element is the change of circumstances that usually occurs in the normal business world or even unforeseeable circumstance(s) and force majeure.  If an SC had been put to run in January 2020, for 6 months, in principle the pandemic would not have been able to stop the software. If the contract is irreversible, what do we do if the parties want to renegotiate? Can it be enforced before a judge?

In conclusion.  There are many issues to be resolved. I believe that through the evolution of Law and technology many of these issues can be solved. This is not the first time that Law will have to find a meeting point with technological changes. It happened with the first industrial revolution, and it will also happen with Klaus Schwab’s fourth industrial revolution.

I believe that there is no doubt that SCs of all kinds, those that are and those that are not legal contracts, can already serve and are serving to streamline and reduce costs in the execution of repetitive transactions and those that can be boxed into totally predictable patterns.  If the existing legal framework in each jurisdiction does not allow it today, it will eventually allow it, when the Law and technology agree to overcome the obstacles.

However, those people who think that Law will remain totally outside of this contractual matter are mistaken. Thus, it could be said that they simply do not understand Contract Law, and much less to lawyers who work in contractual matters on a daily basis. We are making reference to people who perceive a weakness in the common potentially ambiguous terms and contractual interpretation discussions that occur with traditional contracts. That element, which the contractware seems to want to eliminate, is essential for civil and commercial relationships adapt to changes.

In the 2018 Vol. 104:679 of THE IOWA LAW REVIEW, Professor Usha R. Rodrigues from University of Georgia School of Law, published the legal essay titled Law and the Blockchain, where she made the following brilliant comment: “Academic literature teaches, quite correctly, that all contracts are incomplete. For one thing, it would be inefficient for two parties to try to anticipate each and every future contingency and hash out an appropriate contractual response. But even if two parties were ambitious and patient enough to attempt such a feat, it would prove impossible.”

She then adds, “A key role of contract law is to fill the gaps humans wittingly and unwittingly leave in their consensual dealings.”

Professor Rodrigues then discusses the situation that can often occur with contract terms when enforcing them: “Step one: Either there is a dispute regarding the interpretation of a term or an unforeseen event occurs. Step two: A court determines what legal rule will fill the gap. In the blockchain, there is no step two.”  As a consequence, if the SC does not anticipate the gap, it would turn out to be necessary to enable a solution, perhaps online arbitration, but that would be evidence that the SC is not yet so self-sufficient.

It is clear that we Lawyers are needed to interpret and adapt contractual relationships to the changing reality of business and that perhaps the SCs are not yet ready to anticipate in all cases, the future risks of contractual business relationships.  A paradigmatic precedent is the case of The DAO, where a bug in an SC allowed a hacker to withdraw $50 million dollars.

However, it is true that SCs already have many advantages in predictable and repetitive agreements of wills.  This is a very good thing because it gives us Lawyers the opportunity to focus on the really challenging issues of Contract Law.